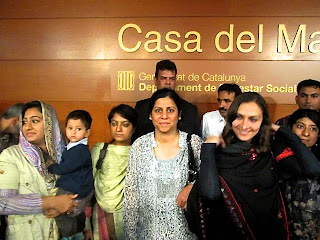 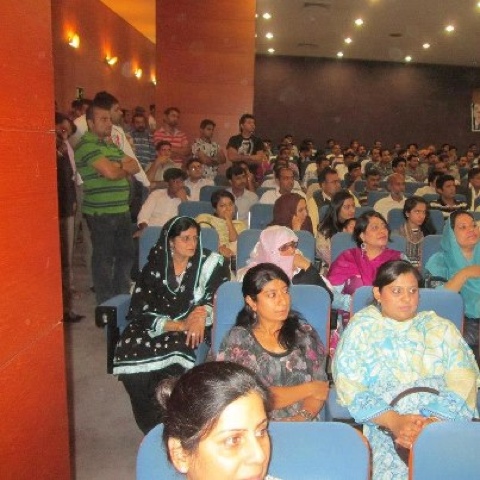 "Marvi Memon was born in Karachi in July 1972. After schooling in Karachi, Paris and Kuwait, Marvi graduated from the London School of Economics with a B.Sc (Econ) Honors in International Relations. With internships at Dawn, Newsline, Pakistan Institute of International Affairs, US embassy counselor section, and International Union for Conservation of Nature during her education years, she started her career as a banker at Citibank Pakistan where she specialized in Marketing and Quality Management for the consumer bank. After which she launched Pakistan’s first satellite tracking fleet management concern Trakker, which established her as an entrepreneur and the youngest woman CEO of a multinational firm at the time. Her next assignment led her to advising the President of Pakistan on Media Management. After which she advised government on Investment strategy. She served as Member of Parliament from March 2008 to June 2011. During this time she aggressively championed the causes of all discriminated members of society, was the most travelled member of parliament in all provinces and territories where discriminations were found, was chairperson of the assembly’s committee on climate change and authored groundbreaking legislation like Acid bill which even made it to an Oscar documentary. After a whirlwind 3 years at the assembly she resigned from her former party and parliament when PMLQ left opposition benches and joined a corrupt government. Her surprise resignation set new standards of principles in parliamentary politics. After that she launched a movement for change at grassroot levels in Pakistan and especially Sindh with likeminded colleagues. In March 2012 she joined PMLN and has since been working in all parts of Pakistan to spread PMLN’s brand of new reformist politics. Her strength is her close contact with grassroots, youth and discriminated populations of society in all provinces and territories of Pakistan. For the detail of her work and achievements in policy making in different fields such as Foreign Affairs, National Security, Climate Change, Corruption, Development, Economy, Education, Human Rights and Nationalism visit her website www.marvimemon.com which also contains Pakistan’s first parliamentary diaries in the form of an e-book. She is also an artist and has had a showing of her politico paintings in Islamabad’s gallery on her experiences in politics. She is currently working on establishing PMLN’s special taskforce on inter-provincial harmony which is the need of the hour for an opposition party which will lead a disintegrated Pakistan into a prosperous Pakistan in the next government." http://marvimemon.wordpress.com/marvi-memon/